Nominations List for the Yorkshire Property Awards 2020 – We Made It! 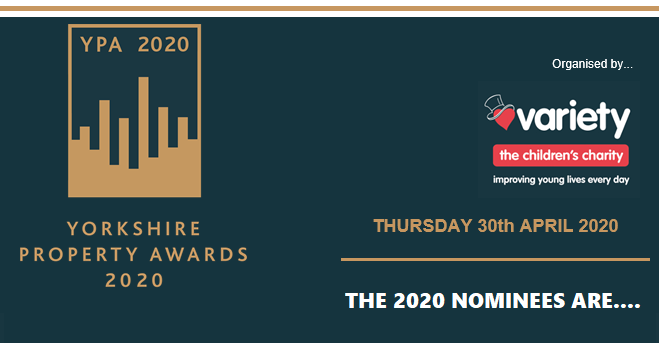 As recently announced by the Yorkshire Post, some of the region’s biggest property names have been nominated to win a range of categories at the Yorkshire Property Awards, which will take place in Rudding Park Hotel, Harrogate on April 30th 2020.

Highlighting some of the ‘biggest deals’ and most ‘impressive schemes’ in the industry over the last 12 months, the event attracts 1000 professionals from across the commercial property sector with tickets having sold out in less than one hour.

“Industrial Deal of the Year”

It is with great pride that we take this opportunity to confirm Towngate’s recent and ongoing industrial development named Towngate Link, located at Cross Green Industrial Estate in Leeds, has been nominated as a finalist for this year’s ‘Industrial Deal of the Year’ category. Also nominated for this accolade are Premier Way North and Logic Leeds.

Towngate Link, following the decimation of the previous unit by fire, is a development made up of four industrial warehouse units which have been constructed across two phases. The first three units to come to market were TL1, TL2 and TL3 offering 55,000, 62,500 & 57,500 sq ft respectively. The design stage of each was critical to ensuring the scheme would successfully attract occupiers from the manufacturing, distribution and urban logistics sectors.

“Despite the industrial market being affected by the uncertainty of Brexit during 2019, Towngate Link succeeded in securing three national and international occupiers to the scheme well in advance of completion and during one calendar year – amounting to a total combined transaction of 170,000 sq ft.”

TL1 and TL2 are occupied by high profile tenants, London City Bond and BeerHawk, whilst TL3 is due to achieve practical completion in the coming weeks with VanLine UK signed up to move into the building shortly afterwards. Steelwork has just arrived on site this week at TL5 (the fourth unit) which will be ready for occupation by summer this year and has already attracted promising interest.

The ‘Industrial Deal of the Year’ nomination recognises in particular the benchmark set by this scheme – in terms of high quality standards of finish with regards both technical specification and fit out. This was a significant factor in attracting these well-known brands to Leeds.

“Towngate Plc broke the mould to deliver three best-in-class mid-sized warehouse units, built to market leading specifications. Whether that be the 12m eaves height (previously unseen for units of this size), 45m yard depths, the mix of standard and over-sized dock and ground-level loading doors, or the Grade A-level office finishes catering for a multitude of occupier requirements.”

Knight Frank has been involved in this project from inception of the proposed development and has liaised closely with Towngate, alongside joint agents Gent Visick, to advise on rents, specification and configuration of the new development, as well as general marketing throughout the campaign.

“All at Towngate are absolutely delighted to be nominated for such a prestigious award. This is our first major industrial development scheme, and we couldn’t have dreamt of it progressing as smoothly as it has. From the planning and development stages, through to attracting quality tenants, this wouldn’t have been possible without the support of the extended team we have worked with.”

“We are extremely grateful to Caddick Construction,as well as our agents Knight Frank and Gent Visick, who have advised us throughout the process, ultimately helping us achieve the success that is now recognised as Towngate Link, at Cross Green Industrial Estate in Leeds. “The buildings have been constructed to the highest possible specification, which in my view has been the deciding factor in why our tenants have been happy to commit long-term.”

Congratulations To Our Fellow Nominees

A huge congratulations to all the other nominees announced in the Yorkshire Post – we would like to wish each and every one of you the best of luck for 30th April:

Mark Casci, business editor of The Yorkshire Post, which is media partner, said:

“This year’s shortlist is absolutely fantastic and those who have made the grade should be very proud of themselves.”

The annual property event, organised by children’s charity Variety, is the biggest of its kind in the region and helps raise hundreds of thousands of pounds for sick, disabled and disadvantaged children in the region.

To view the latest updates on the Towngate Link scheme, please click here >>