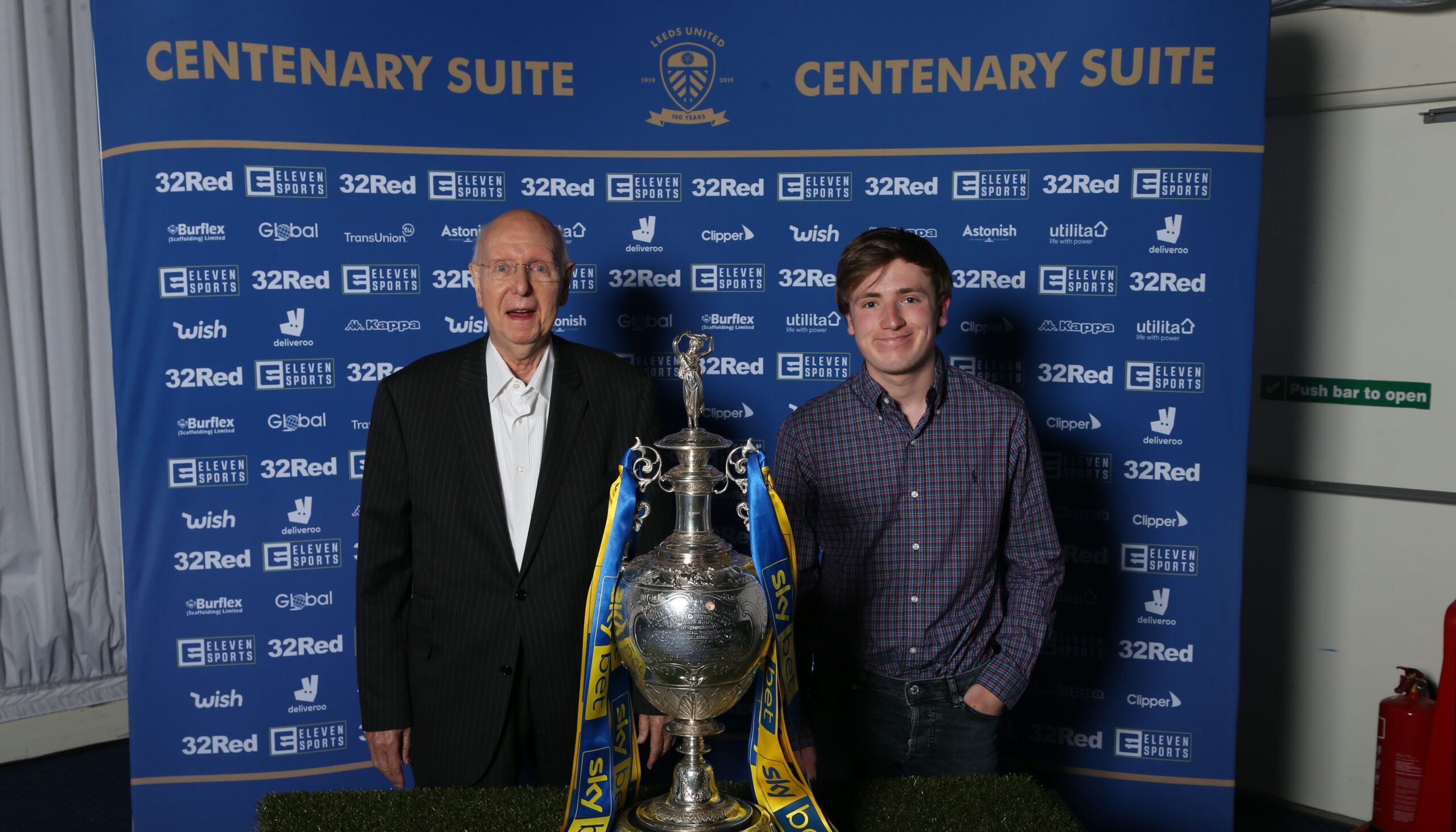 The nightmare is finally over for so many fans at Leeds United! As digital sponsors, we never lost faith at Towngate and were behind them all the way.

As has been widely reported, Premier League football has finally returned to Leeds and Towngate was elated to see the team raise the championship trophy and get back to where they belong. Sixteen years away from the spotlight has been tough… and the club has seen it all over this time!

Administration; a 15-point deduction in the 3rd tier for English football; a never-ending list of managers; and numerous other lows. But the patience and loyalty of the fans allowed Bielsa and the boys to do what was needed and Leeds are back!

But what timing with it being the year that the club also celebrates its 100th year! Towngate couldn’t have been more honoured to step forward as one of Leeds United’s digital partners this year. Although when Founder David Smith and his grandson Edward attended the recent Centenary Celebration, it is fair to say they had never expected to be touching the trophy at the same event.

“With a season that was genuinely one of the most gripping and entertaining Elland Road has ever seen, we are immensely proud to have been part of this historic achievement. The atmosphere at the centenary event was amazing and we will be fully behind the team as they return to the stage next season,” commented David Smith, Founder at Towngate Plc.

In light of all the positives, we would also like to pay tribute to three legends that the club has lost this year including Trevor Cherry, Norman Hunter and Big Jackie Charlton. These three people have been iconic characters at Elland Road for a long time and as they leave us, we hope that Leeds is now in the best position to create some new legends. Let’s keep marching on together!

FOR ALL THE LATEST NEWS FROM LEEDS UNITED, CLICK HERE >>

STEPHEN GUY – A Eulogy from his Friends and Colleagues at Towngate