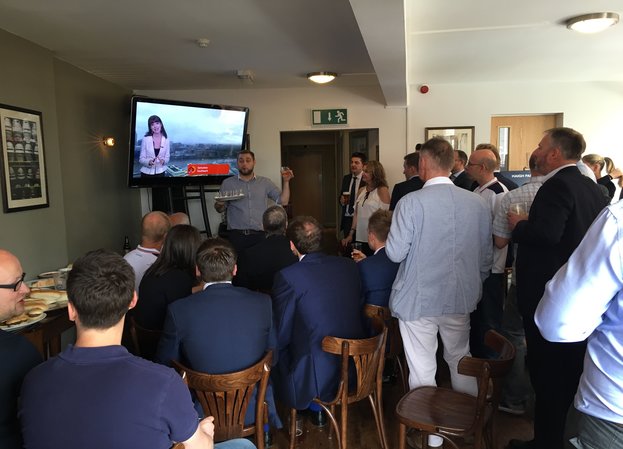 On Thursday, Towngate hosted a summer BBQ and football event at the Brewery Tap in Leeds (owned by Leeds Brewery). Guests were able to witness England’s victory against Wales at the Euro 2016 match, which kicked off at 2pm.

The venue was terrific; boasting exceptional real ales and delicious food including a variety of different burgers, hot dogs and salads. A beer and cheese tasting session was carried out by Tom Mason – producer of beers and cheeses for the Leeds Brewery.

The turnout was huge, with the guest list including Industrial Agents/Surveyors, Building Surveyors, Towngate Tenants, Solicitors, Contractors and Associates. Each guest received a UEFA Euro 2016 France shirt to support the England team, and the match result really made the day!

Well done to David Smith of DJS Surveyors, who won the raffle (£250 Love2Shop vouchers) which was organised in aid of Cancer Research.