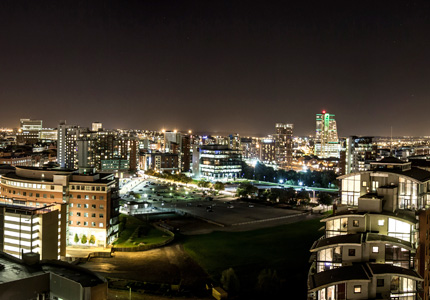 Latest research suggests office take-up in Leeds in 2013 is on course to break the all-time record which was set in 2004.

Property consultants Knight Frank says that although take-up in the third quarter of 2013 was significantly restrained compared to the first half of the year, with only 101,100 sq ft of office space leased between July and September, the 2004 record of 600,000 sq ft is likely to be broken by the end of the year.

Elizabeth Ridler, the partner specialising in office agency with Knight Frank in Leeds, said: “With 539,000 sq ft already leased at the end of the third quarter, the 2013 take-up is markedly above the five-year annual average of 386,000 sq ft and is forecast to break the 600,000 sq ft barrier.

“Since the end of September, KPMG have taken 28,000 sq ft at Highcross’s Broad Gate and there are notable outstanding requirements including Sky (60,000 sq ft), who are rumoured to be considering both Wellington Place and 6 Queen Street for their future relocation. So it is extremely likely that the 2004 record will be broken.”