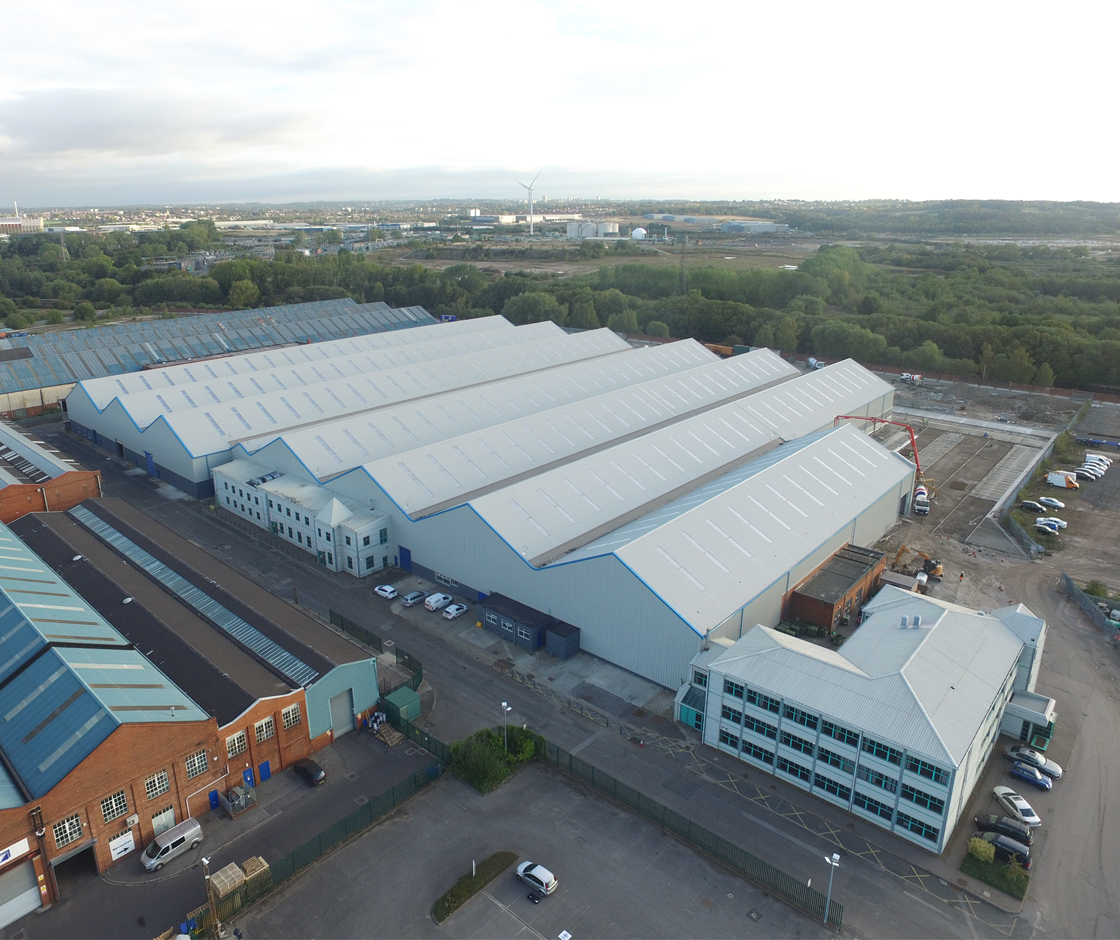 Towngate PLC has announced that premium glass bottle manufacturer Allied Glass will be relocating its main storage facility to the newly refurbished Copperworks site on Haigh Park Road in Leeds, after signing a 10-year lease contract with the industrial landlord.

The move has been revealed as the biggest letting of an existing building in West Yorkshire so far in 2018, and the newly refurbished 300,000 sqft space will now support Allied Glass as it prepares for its next chapter of growth.

Having previously occupied Scheme 3 at Haigh Park Road – along with Units 1 and 2 at Towngate Link on the Cross Green Industrial Estate, prior to a fire at the site in 2016 – the manufacturer has been on the lookout for new long-term premises.

Whilst the first phase of construction of brand new industrial warehouse units is currently underway at Towngate Link, it has been agreed that rather than returning to its previous base, Allied Glass will relocate to the iconic Copperworks site.

Commenting on the company’s new premises, Mike Falgate – commercial manager at Allied Glass – said: “Towngate has always offered us a tremendous amount of support and flexibility, especially during what has been an unsettled couple of years and we look forward to continuing our strong working relationship with them.

“We are impressed with the size, layout and full circumference access of the Copperworks space and can’t wait to take full occupancy of the property in the New Year!”

The firm will benefit from a revamped space, including a large loading bay with ground-level doors at the rear to aid circulation efficiency. There is also an open-plan working environment with a functional height of over nine metres, ancillary offices with ample parking and yard space.

Towngate’s property director John Wignall elaborated on the significance of this let: “We are really pleased with the overhaul of this historic property – which was completed earlier this year – and we are delighted that our existing tenants, Allied Glass, will be occupying this unique industrial site.”

Towngate has worked alongside agents Knight Frank and Gent Visick to market and lease the space.

Iain McPhail, partner at Knight Frank commented on the recently signed lease contract: “We are delighted that Allied Glass has continued its commitment to Leeds as a city – as well as Towngate as a landlord. The building has been transformed by the lettings specialist since it became vacant, and has been further adapted to serve the needs of the new tenant for the foreseeable future.”

Director of Gent Visick, Paul Mack added: “The Copperworks was one of the few large scale industrial warehouse premises available in the West Yorkshire region. Towngate was bold in its decision to invest significantly in a major refurbishment programme, and this has clearly paid dividends, with the firm having secured such a large tenant on a long-term lease.”

This latest news comes hot on the heels of the property specialist obtaining planning permission on its first residential site in Pontefract, as well as the purchase of a further highly prominent warehouse unit on Gelderd Road in Leeds.

DECEMBER GIVEAWAY – IT’S TIME TO GET FESTIVE WITH THE 12 SHEDS OF CHRISTMAS!