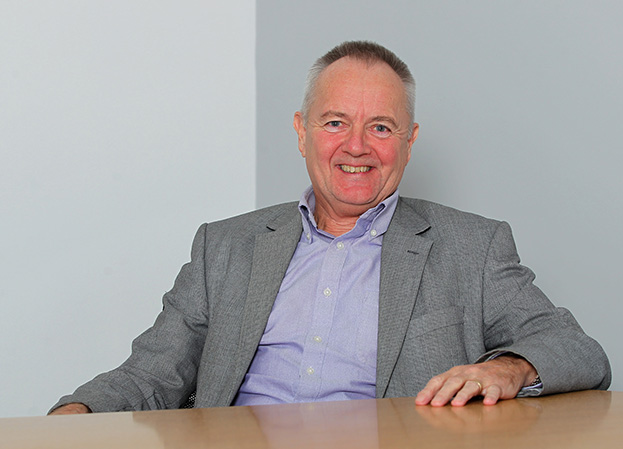 After 24 years, our property director John Wignall is set to retire this August.

Appointed to the board of directors in 2000, John is a Qualified Chartered Surveyor and has played a significant role in growing our portfolio of industrial property lets across Yorkshire and the North West.

His notable property deals include the ex Cadbury Factory in Catterick and the refurbishment of the former Lucozade Factory in Manchester into the Towngate Business Centre. More recently, John has overseen Towngate’s acquisition of the historical Yorkshire Copper Works site, which is currently undergoing extensive renovation work, ready for its relaunch as The Copperworks this Autumn.

Due to celebrate his 65th birthday this month, John has been gradually reducing his hours in the preparation for his retirement, supporting our 16-strong team on a part-time basis.

Commenting on his impending departure, John said: “Retirement couldn’t have come at a better time for me as I celebrate the arrival of my first grandchild, Isaac. I’m looking forward to spending more time with my family at our house in the lakes and getting out on my mountain bike”

“My time at Towngate is not completely over though, as I’ll continue to provide support on a consultancy basis – they can’t get rid of me that easily.”

Even though he will still be called on for his vast expertise, John’s absence from the office won’t go unnoticed.

John is a real character – known for his friendly banter, wit and charm. He’s taken part in a long line of advertising campaigns for Towngate over recent years, some of which have included the occasional dress up. So, he’s been something of a billboard star as well as an invaluable member of the team, and his character and energy will certainly be missed.